The 2017 MMAs at the Durban ICC featured some serious style players who pulled out all the stops. One thing’s for sure, even if they didn’t win anything, in our books they deserve kudos for their LIT style.

Here they are, our top style players.

Making a statement in head-to-toe Markham, K2 kept it monochrome with a bold print. 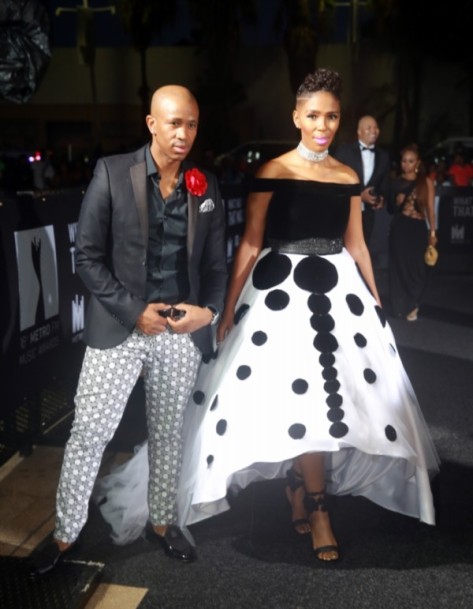 SA’s favourite duo, Mafikizolo never disappoints in the style stakes. In fact, so on point are they, that they picked up an MMA not for their music but for the Best Styled Group. Their monochrome styling is a classic and we love Theo’s graphic patterned pants. They also owned the camo trend for one of their appearances. (Images: Bella Naija) 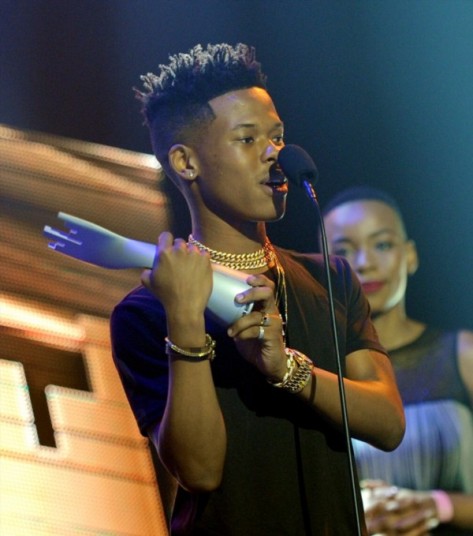 Nominated for four of the big categories- Best Newcomer, Best Hip Hop Album, Best Male Album and Song of the Year- and winner of all of them, Nasty C played it super casual but super slick in an all black tee and skinny jeans combo with stand out gold accessories. (Images: Bella Naija)

Zwelethu Nkutsho can pull off this super posh tux look, the star being the dove grey buttoned waistcoat with black tie tucked in. So simple but so effective. (Image: MetroFM)

Hip hop star, Du Boiz, won Best Music Video for Dope Dreams, a song he collaborated on with American rapper Tyga. We love that he swapped the rough ‘n tuff hip hop vibe for some serious style. His aubergine coloured suit ticks all the right boxes and the accents of lilac and red were a very classy touch. (Image: Du Boiz) 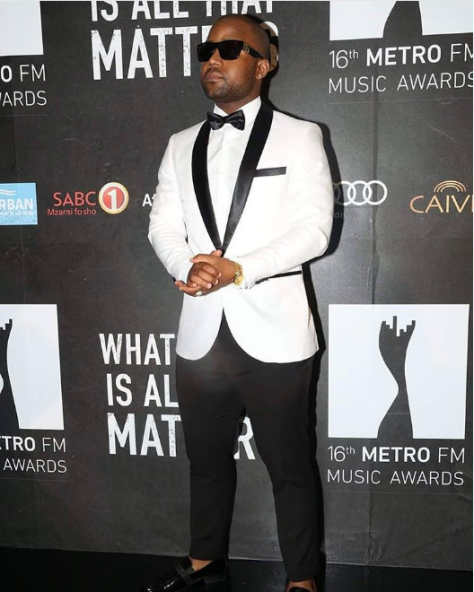 Everyone’s favourite hip hop styler, Riky Rick, who won Best Hit Single for Sidlukotini, opted for ‘the brighter the better’ mantra when it came to his MMA outfit. We love the clashing 90s and 70s themes he had going on, where a bit of disco meets rave. (Image: Riky Rick)

Lulo Tevin Rubushe isn’t only a style influencer but is a successful entrepreneur. In fact his ambition for and dedication to entrepreneurship is infectious, having started his own creative platform RNDM Network four years ago whilst studying. With a business channel that connects young creatives and their cohorts with big brands and vica versa, it’s no doubt that Lulo’s style diary is one of the most exciting we’ve seen to date. It’s one that epitomizes everything the young Capetonian stands for, namely, originality and authenticity.

I believe I get my inspiration from various sources both local and international and mainly focused around urban culture and specifically the hip hop scene. Having said that though, I’m one to experiment with different trends and styles just to captivate the audience.

Normally I’m not one to follow trends I’m the kid who juxtaposes himself against them but I’m loving silk shirts, gowns and linen at the moment! Lol, I’ve started experimenting with them myself and I’m really enjoying it. Also off-cut and elongated styled clothing.

The thing I love about the boiler suit is that it is very unique, I have nothing like it in my wardrobe. It’s a garment that turns heads and it stands out from the rest.

Check out how Lulo styled our boiler suit in his unique way. 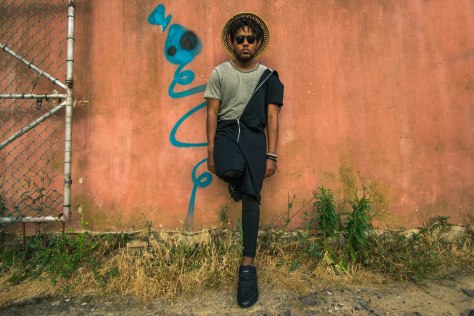 This look is very similar to the previous look without the silk bomber but this is an outfit I’d wear going to a summer festival like Rocking The Daisies. 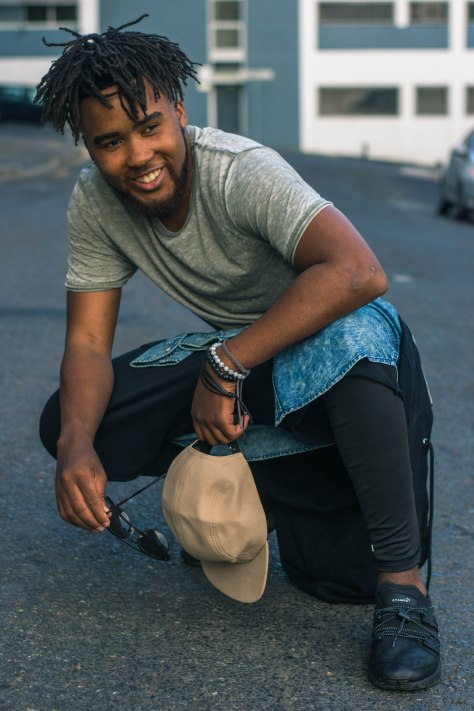 I’m wearing a light tee, with a denim shirt tied around my waist, performance tights and sneakers and I’d wear this outfit on a casual basis where I switch it up with the denim tee in the evening.

We first met Anesu Chogugudza back in April 2015 when he won a matric dance competition we ran with DJ Lloyd. We could see he had an eye for style and was a fan of the Markham brand, so since then we’ve stayed in touch and worked on various projects together (did you spot him in our windows this summer?)

Like so many people in Cape Town, Anesu hit the Sun Met this past weekend, dressed head to toe in Markham. With the theme being “Decades of Glamour” he took his inspiration from the 20s where the double-breasted blazer was the item to have. This look won him best dressed man and best dressed couple with his friend Abongwe.

Anesu picked out his favourite looks from the day and gives us all some style tips to take from each of them: 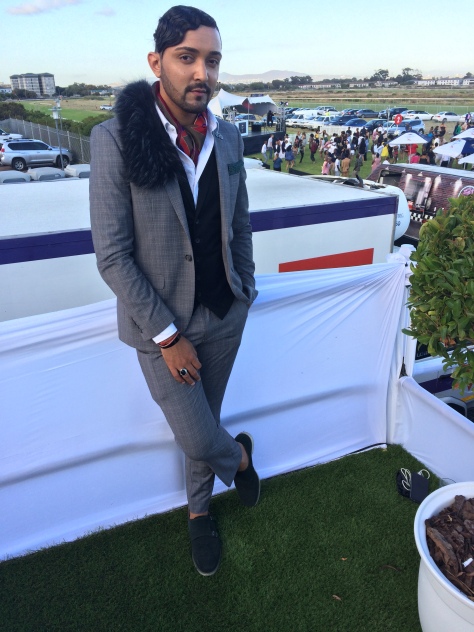 Shiraz chose to go for a neutral grey suit which is timeless, and this stood out for me because of the different way he styled it with stunning accessories.

Here we see a brown suit put together in a really neat way with everything complimenting each other. This is one of my favourite looks because I believe in less being more and the gentleman here ably demonstrated this.

My personal favourite clothing item was a double-breasted blazer and here we see Menzi effortlessly pulling off the suit look. With the finishing touch of a hat, he definitely resemble the 20s era.

With a pop of color, the gentlemen from The Black Ties looked dapper with a switch up of the bow-tie. These looks were playful and colourful, yet still dapper.

A suit with bold print or detailing is always a good pick. Solo nicely pulled of his three piece look with complementing accessories and this look is a personal favourite. 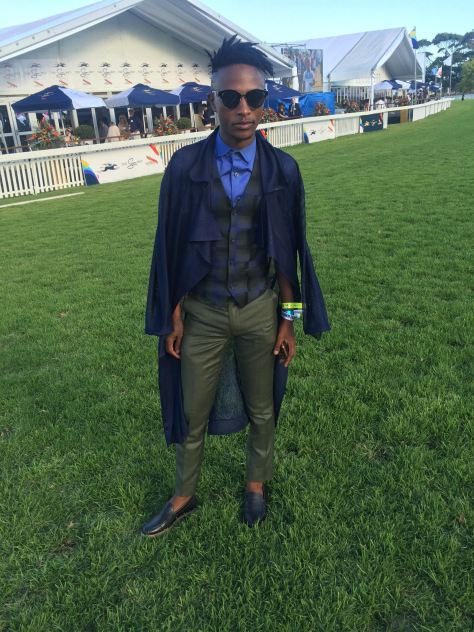 Now instead of a blazer, we see a cape styled nicely on top of a waistcoat. This is a creative look which definitely caught the eyes of many and it was nicely done. 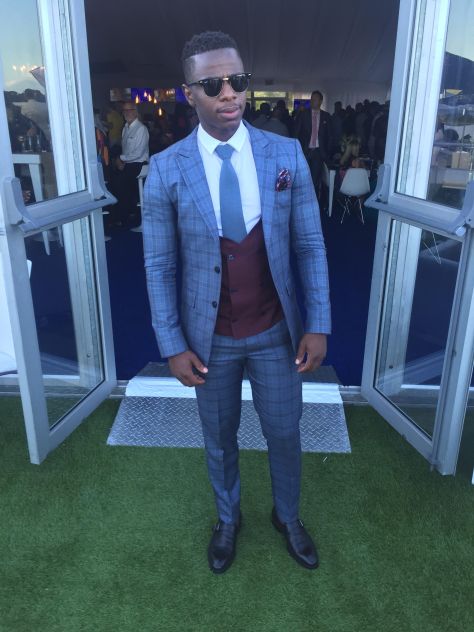 With blue being a favourite colour amongst many guys, we see a blue suit with a fine check print. This look stands out because of how his accessories are not necessarily matching but rather complementing each other and this is what every guy out there should take note of. Nicely structured outfit indeed!

From music festivals to soccer games, you, Mzansi turned up and impressed with your threads. Here’s the #bestdressed from last week.

END_OF_DOCUMENT_TOKEN_TO_BE_REPLACED

Summer is here and it’s time for everything to shine. Here’s the #BestDressed from the weekend.

END_OF_DOCUMENT_TOKEN_TO_BE_REPLACED

From all corners of the continent, here’s some of the #BestDressed from the weekend. #slaying

END_OF_DOCUMENT_TOKEN_TO_BE_REPLACED

Best the of the best from the weekend. Are you here? If not, you’ll have another chance next weekend to be featured. Remember to upload your pic to your favourite social media platform and tag us using #WKNDFresh.